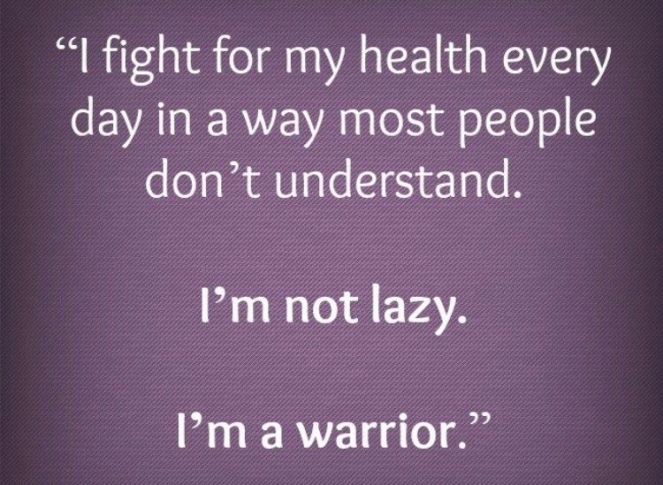 I don’t even know what fibromyalgia is properly, I normally love a google, anyone who knows me with clarify this! But this week I can’t even be bothered to do that.

I feel like my body has run out of energy.

I was told yesterday that my symptoms have got worse since my diagnosis. Yeah thanks for that. I already feel lazy enough as it is without being made to feel like I’m making this up. God if I could make anything up it definitely wouldn’t be a chronic illness.

Being diagnosed officially has been almost a relief. Instead of having to hide how I feel for fear that I sound crazy or lazy I can explain that actually I’m neither.

I feel so down it’s unreal. Maybe its due to the stressful shitty week I had last week, my body’s way of reminding me that i have this shitty condition.

I feel that it’s taken over my life, consuming every part of me.

I have spoke to so many people who suffer from chronic illness’ which has been so nice, I’ve gained so many more friends on Instagram and Facebook who are all super supportive but I have ironically never felt so alone.

Do people not know what to say?

Do they think I’m just being lazy?

If I had a broken leg would people still be the same?

I would just very much like to hide in my bed and not come out. Maybe for cake and coffee, but that’s it.

I don’t even think those close to me really get it. I’ve not told my children because I don’t want them to worry. They knew I had cancer because they had to know as I had my operations and I was in isolation for days. It was fairer to them to explain the truth rather than come up with a lie. But trying to explain this to them seems impossible. I wouldn’t even know where to start, especially as I still don’t fully understand it myself.

It’s the emotional support I crave most at the moment. Someone to just listen and be there. Nothing anyone can say would change anything but just a text to say you know what, I’m here.

Physically I’m owning this shit. I have no choice as life has to go on but emotionally I’m a mess.

Urgh such a pointless moan blog, I apologise.

I am 36 years old and live in Kent, UK. This blog is my journey as a Thyroid Cancer survivor, Mum and Wife ❤️ Mumma bear of an Osteosarcoma warrior View all posts by fightermummy